In the afternoon we tore ourselves away from Monet’s sunny garden to make our train connection to Rouen to see the cathedral that Monet painted so many times. 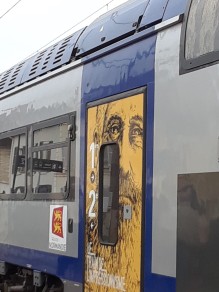 As we waited on the platform of the little train station, the weather changed. Wind brought clouds and the first rain of our trip. It continued to rain while we were in Rouen, a city on the Seine River not far from the Atlantic. I didn’t mind, though, as one of Monet’s cathedral views is in the rain, and he actually liked to try to capture the effects of rain and fog.

On this rainy Sunday few people were about, and no sun lit up the exterior of Rouen Cathedral or pierced through the stained glass that remains. 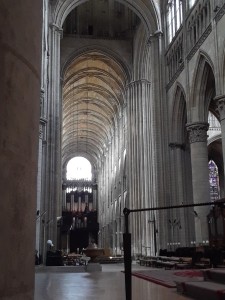 It’s slim Gothic pillars still soar up to its high vault, and outside it wears its age with dignity and lacy beauty. And some parts of it are really old!

There has been a Christian church on the site of Rouen Cathedral since Roman times. Since then it has been partially destroyed by wars, fires, and storms many times, and just as often been rebuilt. The Vikings destroyed the early church and then rebuilt it when they settled the area.

The first (Viking/Norseman) Norman duke, Rollo, is buried under his effigy in the ambulatory. 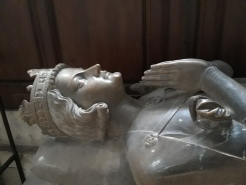 For many, many years Rouen continued to be Norman/English land, and Richard the Lionheart’s heart is buried under his effigy next to his ancestor, Rollo. 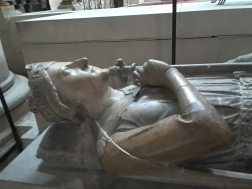 The cathedral was rebuilt in the new Gothic style in the 12th century, but  fires and storms caused more rebuilding in the 13th century. Then in the 1400s, the façade was made over in the highly-decorative Flamboyant Gothic style, so that today the cathedral still looks like it’s wearing a garment of stony lace. 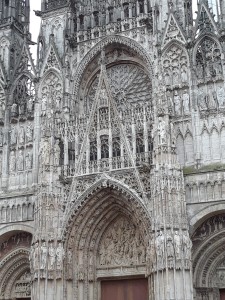 In WWII Rouen was a major supply depot for the Nazis, so the city and the cathedral were heavily bombed. The cathedral suffered several direct hits that caused much destruction. 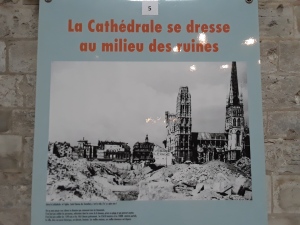 It was repaired, but in 1999 a storm toppled a huge pinnacle weighing many tons, which crashed through the roof and into the choir. When you look up you can still see the repaired place where it came through.

Today Rouen Cathedral is a mixture from all those times—some, like the North Tower, date back to the 1100s, while some stained glass and other sections are from the 1200s and 1400s. The middle spire or tower, made of iron, was installed in the 1800s, and, of course, repairs from WWII and the 1999 storm are even more recent.

Monet knew this cathedral well. He grew up in Normandy, a brother lived in the city, and it was just a short train ride from Giverny. As he thought about his next series, Rouen with its lacy exterior must have come readily to mind. He rented a room across the square from the cathedral and painted over 30 views of its façade over the next 2 years. Today a sign marks the spot from which he painted. 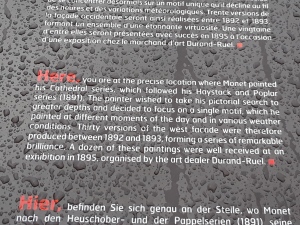 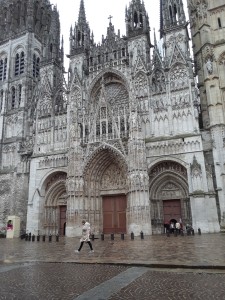 But as with every other subject Monet paints the light more than the cathedral. He studied how the cathedral changed with the sun’s angle and the weather. Some views show the sun rising behind the north tower. Others show the deep shadows produced by full sunlight. It’s an oblique view, although a few of the paintings are more face on.

The details of that lacy exterior would defeat most artists but Monet’s short, sketchy brush strokes give the cathedral a lacy texture just as his thick paint gave the haystacks a strawlike texture. 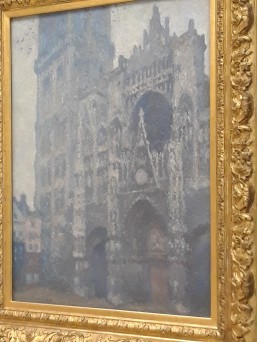 One of my favorites is the rainy day cathedral with its many tones of browns and creams. You can see the reflections on the wet cobblestones, just as we did.

When 20 of the paintings in this series went on sale, Georges Clemenceau, who later became France’s prime minister, was enthralled by them and bought one. He was a fan of Monet and wrote many admiring reviews of Monet’s work in his newspaper.

Find a permanent object or building outside that you can view for a week or so at all times of day and in different weather. Observe how light changes colors and shadows. Write down your obsevations or make sketches.

Molly is inspired and ready to paint!! 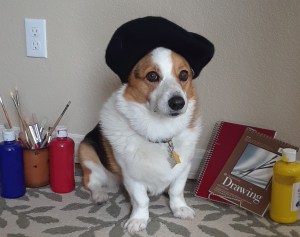 Are you signed up to receive the next Kathythe picturelady post? It will be an Easter post with more photos of the Isenheim altarpiece that I first showed at Christmas.

Later in April will be some devotional thoughts based on this whole Cathedrals and Haystacks series. 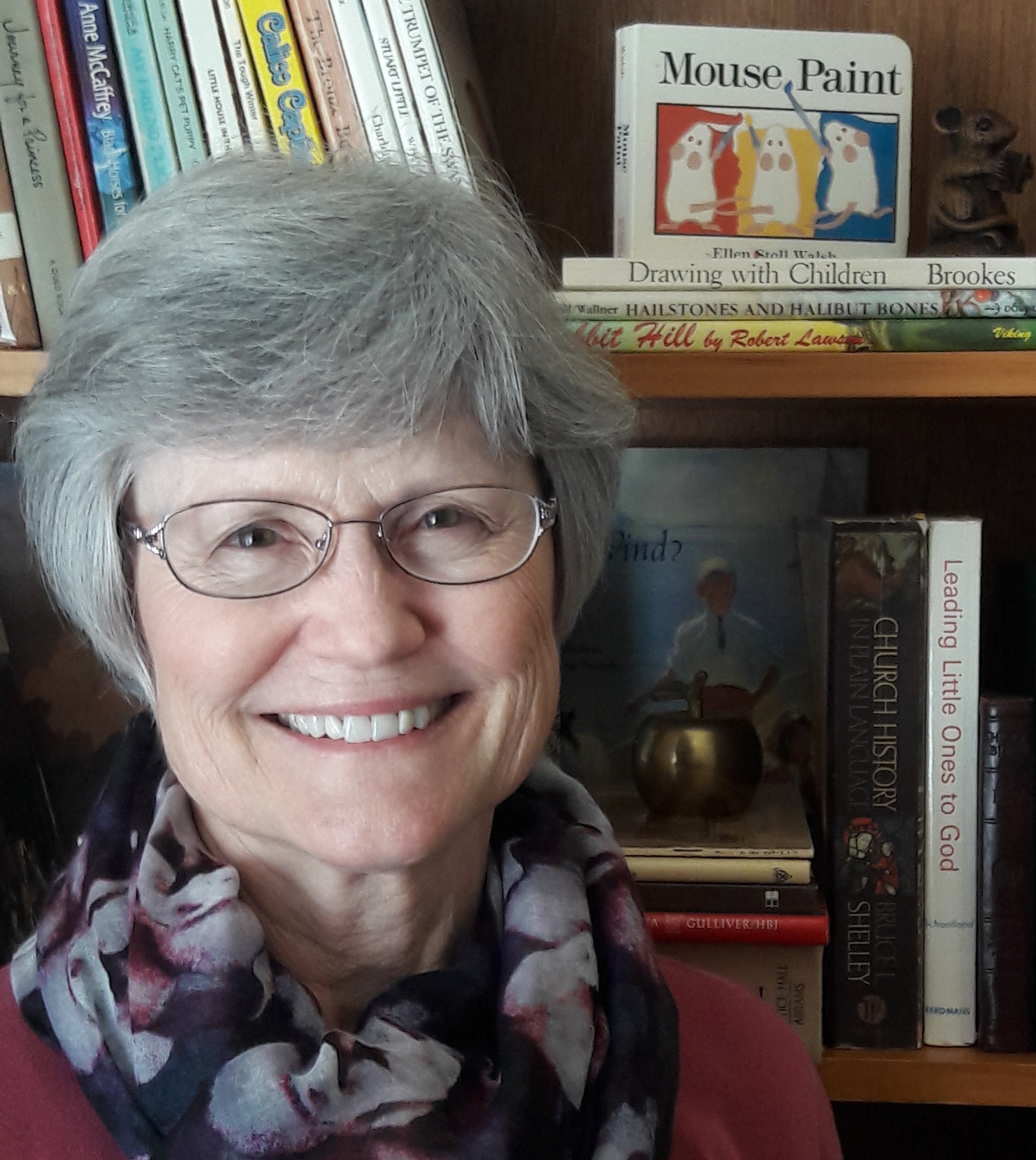